Trek to Valley of Flowers is one of the best trek to do in Uttrakhand. After a scenic 8-10 hour drive from Haridwar, we are welcome by a persistent loud sound as we stumble into our hotel in Govindghat at dusk. So, Dawn reveals the furious tumbling down of the beautiful Alakananda River merge with smaller Lakshman Ganga.

Steep, conical black mountains are sentinel standing. Generally, Govindghat is the starting point for the popular trek to Valley Of Flowers in Uttarakhand. The first leg is 14 kilometers from Govindghat to Ghangaria.

The first four of this, up to Pulna, is motorable. Jeeps are available near the suspension bridge, but the excitement of real-blue trekking is always there, which is what we’ve done. You can also ride a mule. Or use the newly open helicopter service that takes 10 minutes to cover the distance.

A walking stick is a main accessory for trekkers and can be found at all Govindghat shops. Also, Upon passing Bhyundar with its few eateries, we are fortunate enough to have the beautiful sight of a glacier coming down a distant mountain. Ghangaria (also known as Govind Dham) is a single-alley town at a height of 10,000 feet. Also, The site is full of Sikh administration that meets the needs of pilgrims traveling to Hemkund Sahib Gurudwara.
In 1931, mountaineers Frank S Smythe, Eric Shipton and RL Holdsworth accidentally discovered Valley of Flowers at 12,000 feet, returning after an expedition to Mount Kamet.

Smythe came back later and in 1938 he published The Valley of Flowers. In 1939, Royal Botanic Gardens, Kew, commissioned Joan Margaret Legge to scientifically catalog the flowers here.

The Eco Development Committee (EDC) Bhyundar, an NGO, works from Govindghat to Flowers Valley and Hemkund Sahib on solid waste management. They collect tons of plastic waste from the trek path every season (June-October). EDC is screening a 20-minute documentary on Flowers Valley at the Ghangaria Nature Care Centre. Through buying books, caps and souvenirs from them, one can help EDC. While the trek to Hemkund Sahib Gurudwara, dedicated to Guru Gobind Singh, is a spiritual journey for most people, trekking enthusiasts are faced with a serious physical challenge. 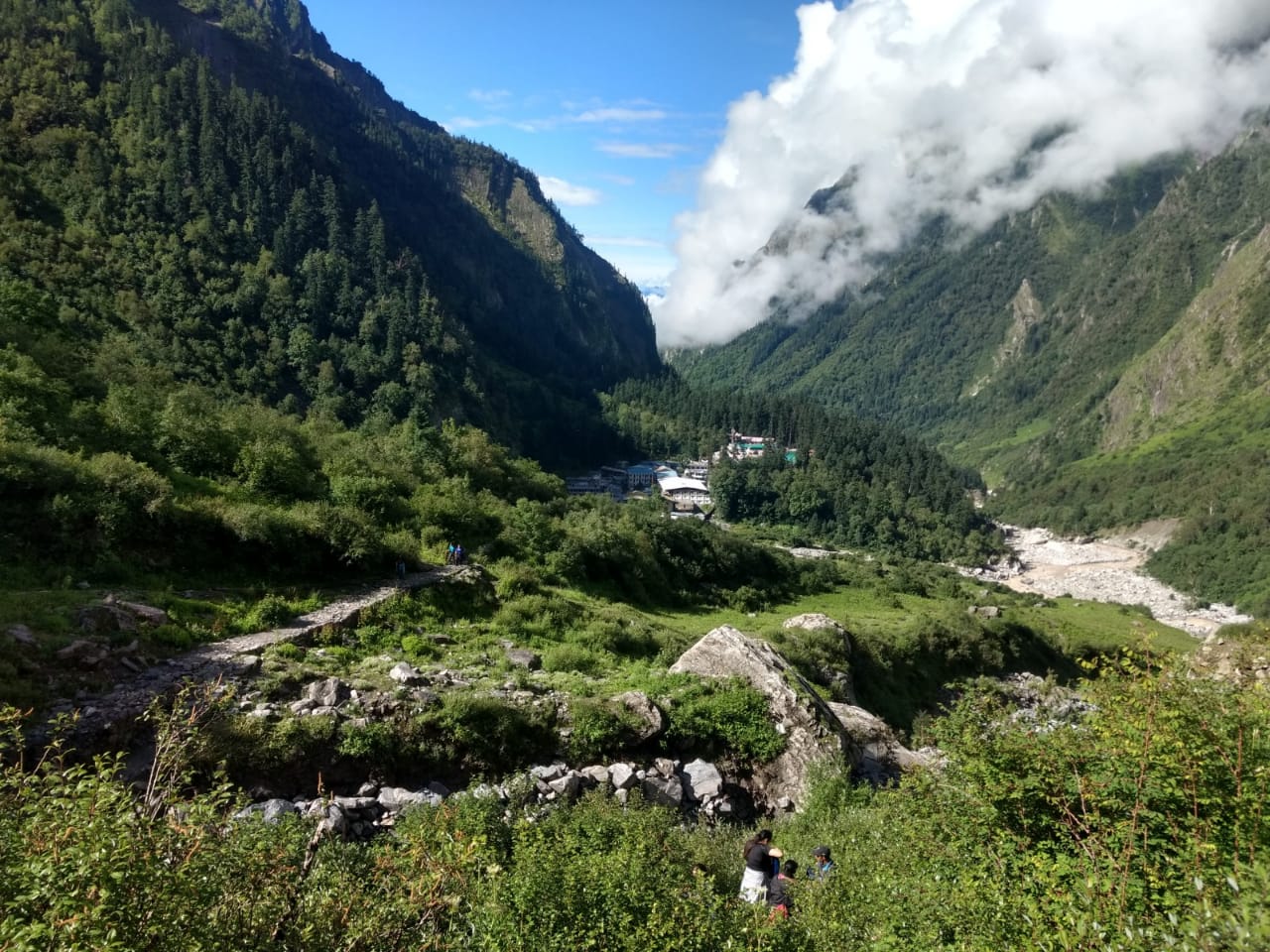